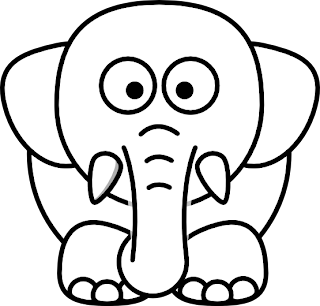 Elephants and white elephants (buildings) are found freely throughout Africa…and both are hungry!

An elephant eats more than 1 ton of food per month. This awe-inspiring animal shoves huge amounts of fodder down its massive throat…only to vanish into the not-very-effective digestive system. (It only digests 40% of what it eats.) This continues for most of the day. When we see them in the nature reserves, we cannot help but wonder how nature can sustain these beasts and we worry about food for them after 10 years.

It seems that things are out of balance, as it appears that the elephant consumes more than what Mother Nature can reproduce. Fortunately, most elephants live in fertile fields of Africa and India where nature can cope with the onslaught.

However, man does not cope so well with the demands of white elephants. According to Wikipedia, a white elephant is an idiom for a valuable but burdensome possession of which its owner cannot dispose, and whose cost (particularly cost of upkeep) is out of proportion to its usefulness or worth. The term derives from the story that the kings of Siam (now Thailand) were accustomed to make a present of one of these animals to courtiers who had rendered themselves obnoxious, in order to ruin the recipient by the cost of its maintenance. In modern usage, it is an object, scheme, business venture, facility, etc., considered to be without use or value

The White Elephants of Job-creation Projects

Many organisations jump into job creating projects without having any idea of what will happen to the recipients of their "bleeding hearted" efforts. They never consider whether their attempts will really empower the recipients and they tend to do all the thinking for the so-called poor in whose name they launch the project.

Usually their first step is to build a job creation centre to house the project. Why do they always first think about a centre? Is it because they want a fixed environment in which to function, or is it to contribute selflessly to community development? Apart from the cost of salaries and benefits for the community workers, the building consumes most of the budget.

Let’s consider the funders. They are organisations or individual who monthly give a certain percentage of their income to poverty alleviation. They usually agree to the grant after they heard a nerve touching and emotional proposal about poverty.

Right, so now they have the centre and the salaried employers. The next step is to consider the maintenance costs of the building and offices. Then, “oops, we forgot about the project that will create jobs”… and the budget is busted and the poor are still poor.

In the Name of Poverty

In the land of the blind, the one-eyed man rules. So here, we have a one-eyed, single focussed organisation that starts trial and error projects to see what works.

Apart from this, internal politics reign supreme and since no one has any clue about community development, organisational dynamics take priority. Many organisations focus on marketing themselves because it is something that they know what to do...and the poor remain poor.

On top of this, instead of creating jobs, more policies and procedures are written and communicated to cope with the under-achieving organisation... and the poor remain poor.

Ah, so it’s almost year-end, and funders must be shown what was and could be achieved with new funds. The focus is on balancing the budget...and the poor remain poor.

After years of insanely wasting millions, no job creation project is visible. Of course, in the proses, both community workers and the poor become dependent on the funders and neither learn or benefit from empowerment.

Are these bleeding hearted people not the real white elephants? They are valuable (to make the funders and themselves look great) but they serve no purpose. The cost of running the organisation and centre is far higher than the real value that can be gained from them.

Something’s Gotto to be Wrong Here!

How many sustainable and long-term job creation projects are really established? Are we simply using the poor as a marketing gadget? Poverty remains and is yelling “feed me! Feed me!”... and the poor remain poor.

So, what must be done? How does one start a job creation project that really works? Does the chicken that comes before the egg? Isn’t the egg before the chicken? If you really want to make a difference - the right way - then send your questions to info@a2bmovement.com 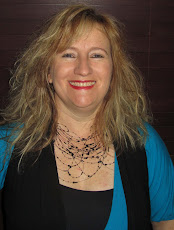